Los Angeles-based artist Hana Vu makes her Ghostly International debut with “Maker,” a commanding first glimpse into new material. The track builds on the sound of the 20-year old’s previous work: brooding, melodic pop driven by guitar and Vu’s distinct contralto. For the first time, she welcomes a co-producer, Jackson Phillips (Day Wave), who helps Vu create an atmosphere with a deeper sense of luster, sophistication, and urgency.

Vu’s relationship with music began when she picked up a guitar her dad had lying around and taught herself to play. She’d wake up every day and listen to LA’s ALT 98.7, home to ‘90s and ‘00s alternative rock; later in high school, she found LA’s DIY scene. She remembers, “A lot of my peer musicians were surf rock/punk type bands and so I tried to fit into that when I was gigging around. But what I was listening to at that time [St. Vincent, Sufjan Stevens] was very different from what I performed.” Ultimately she’d do her own thing, keeping a journal of bedroom pop experiments on Bandcamp, including a low-key Willow Smith collaboration and covers of The Cure and Phil Collins. She caught the ear of Gorilla vs. Bear, who released Vu’s self-produced debut EP in 2018 on their imprint Luminelle Recordings, followed by a double EP the next year.
Unpacking “Maker,” Vu explains, “I am not religious but I imagined a sort of desolate character crying out to an ultimately punitive force for something more.” Tender banjo plucks and piano keys serve as the base for Vu’s escalating harmonies, overcome by remorseful exhalations, the song culminates on the lines: “save me oh my angel / are you angry / cos I’m not stronger and I crumble / oh that’s my nature / just like you.” 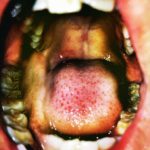