Wilson Tanner’s 69 returns to Australian soil for a new season. A uniquely provincial take on ambient music, Andrew Wilson (Andras) and John Tanner (Eleventeen Eston) assembled their prized debut over a shared love of seafood, wine and LPG. Recorded in a Perth backyard, these two new friends reached for the tools at hand and made the best of the fine weather. Instrument and implement combine in a languorous bricolage of synthesizer, clarinet and building materials – interrupted only by the occasional flutter of pigeon wings or a call to lunch. Back in print for the first time since 2017, Wilson Tanner hop into Efficient Space’s expanding pot.

There is something instantly settling about this record. Wilson Tanner are intent on making sure our worries and concerns vanish into the ether, or more accurately float away on a gentle tide under a war evening sun. You might feel the record invokes different imagery, but given the duo – Andrew Wilson and John Tanner – put their acclaimed debut together « over » a shared love of seafood and wine, we think the coastal iconography goes well.

Not least as 69 was recorded in Perth, a city renowned for its spectacular coastline and a resurgent cultural scene. Digressions aside, the producers describe their sound as ‘provincial ambient’ and you can understand why relatively easily. It’s an incredibly organic, understated, and in many ways highly familiar set of tones, not necessarily intent on rewriting any rule books, but certainly assured that everything it offers is of the highest quality, and with the most heart possible. 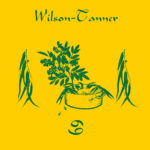