A band as kinetic as L’Eclair cannot stay idle. So when the pandemic hit, they stayed true to form and began recording a new album. With their former records usually recorded in a few days, live to tape, they took a decidedly different approach with this LP. Recorded in four sessions spread out over nine months, the group and their trusted engineer (and manager) Benoit Erard were able to spend more time, energy, and consideration on the production. This new approach gave them the ability to reflect and revise, allowing them to focus more on composition, arrangements and structures. The result is their fourth album Confusions: a sprawling hour-long, 12 track record- their most diverse, concise, and focused effort to date.

Confusions finds L’Eclair finding themselves, having distilled their mastery of groove and rhythm down to a science. Club vibes, psych grooves, rhythmic trances, and ambient comedowns are all present in equal measure, while maintaining a cohesive and consistent flavor throughout. Confusions is both expertly crafted and joyfully spontaneous, danceable yet ethereal, emotive yet cerebral. The shifting moods and melodies imbue the album with a depth that demands repeat listens.

Their influences are on full display here, with nods to CAN, Piero Umiliani, and Tangerine Dream- seamlessly blended with the unique sound L’Eclair has established over the years. New influences are also apparent, such as the house grooves of 80’s Madchester and Aphex twin, as well as the textures and ambience of Boards of Canada. As with past L’Eclair releases, Confusions is sure to attract some fans of hip-hop, recalling the likes of producers Madlib, MF doom, and Dilla. The ever-present dub and house influences bubble up here and there but despite the many inspirations behind Confusions, the sound is pure L’Eclair.

Recorded between August 2020 and April 2021 at le Gatillon.
Mixed by Benoit Erard in June 2021 at Ritmo Studio in Leysin. 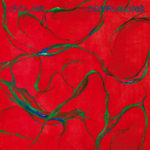