In October 1979, Prince released the follow-up to his Debut album  »For You’ with his self-titled album ‘Prince’, which reached #4 on the Billboard Soul LP’s charts; it contained two R&B hits: ‘I Wanna Be Your Lover’ and ‘Why You Wanna Treat Me So Bad?’. Few artists have created a body of work as rich and varied as Prince. During the ’80s, he emerged as one of the most singular talents of the rock & roll era, capable of seamlessly tying together pop, funk, folk, and rock. Not only did he release a series of groundbreaking albums; he toured frequently, produced albums and wrote songs for many other artists, and recorded hundreds of songs that still lie unreleased in his vaults. With each album he released, Prince has shown remarkable stylistic growth and musical diversity, constantly experimenting with different sounds, textures, and genres. Occasionally, his music can be maddeningly inconsistent because of this eclecticism, but his experiments frequently succeed; no other contemporary artist can blend so many diverse styles into a cohesive whole.

Prince’s fearless creative vision, musical virtuosity, and wildly prolific output graced the world with one of the most universally beloved bodies of work of all time. Prince’s hit songs ‘Purple Rain’, ‘When Doves Cry’, ‘Kiss’, ‘Raspberry Beret’, and ‘Little Red Corvette’ are just a small sample of his revolutionary blend of rock, funk, R&B and new wave pop that shattered barriers and empowered millions. 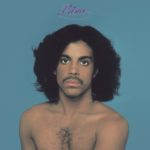