The album is full of contrasts and surprises. The excitement and the imagination and the sheer audacity that made the first album ‘Maxinquaye’ such a ground-break?ing record are back.

« When I made that first album I had a dream of changing the world, » Tricky says. « You realise after a couple of years you aren’t going to do that and its all a load of bullshit. Which is OK and you carry on. But now I’ve got my dream back. Music has stood still or five years and it’s time to change it around again. » 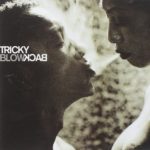